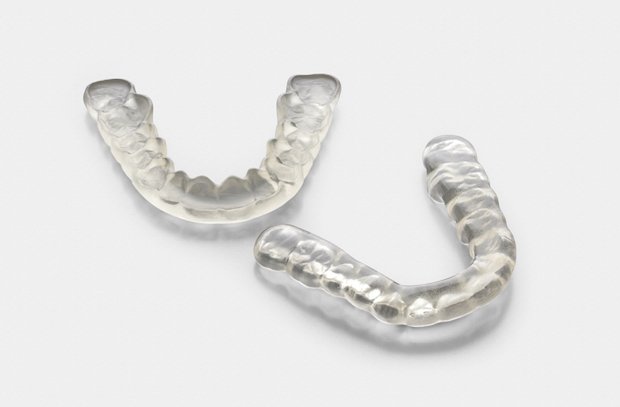 At last year’s Additive Manufacturing User Group Conference, Virginia- based dentist, Dr. Perry E. Jones, talked about the ability for 3D technologies to take the “goo” out of dentistry. That “goo” refers to the traditional process of creating a dental impression which has been used commonly, and continues to be, throughout dental practices and labs for centuries. Gradually, that process is being displaced as desktop manufacturing systems, 3D scanners and materials become increasingly advanced and, more importantly, accessible.

The 2017 Wohlers Report estimates that the medical and dental sector currently represents 11% of the overall additive manufacturing industry. It’s a respectable chunk of the application-heavy divide but if you look at the bigger picture – the dental equipment market was valued at $6,342.3 million in 2015 and is expected to surpass $10 billion by 2024, according to a recent report – adoption is far from widespread. To tap into this potential market, equipment manufacturers are delivering more cost-effective solutions and materials that make 3D technologies an attractive proposition for small and medium sized businesses. Here we take a look at the latest developments and speak to the every-day dental professionals that have already made the shift.

Formlabs recently expanded its dental offering with an additional material, Dental LT Clearengineered for printing splints and retainers. This is its first long-term biocompatible resin for manufacturing orthodontic applications on a desktop machine and is said to be Formlabs’ fastest material to date with the ability to print a full build platform of up to seven splints in under two hours. The Boston-based company has also improved its Dental SG resin, released last year, to reduce print speeds for surgical guides by up to 50% on the Form 2 printer, with its latest PreForm software update.

According to Dávid Lakatos, Chief Product Officer at Formlabs, the company now claims it has “the largest dental 3D printer user base” in the industry and is growing at a pace of “over 600%” year on year. Formlabs also estimates that “over 50,000” surgeries have been performed with a surgical guide printed on one of its machines. Over on the hardware side, Taiwanese 3D printer manufacturer, Phrozen  launched a new dental-specific machine, the Phrozen Make which enables printing in a range of certified biocompatible materials. The Phrozen make is the most cost effective, reliable, and precise chairside LCD 3D Printer. 10 Times Faster. 2K Resolution. Wireless Printing. Open to 3rd Party.

Hangzhou – based Shining3D , a company specialising in the manufacture of 3D scanner/printer solution, has been working within the dental sector since opening its business in 2004. SHINING 3D offers the latest rapid prototyping and 3D printing technologies to help customers realize product in 3D.

SLA laser Stereolithography rapid prototyping technologies suitable for the production of small and medium parts, directly from the resin or plastic-like product. Mainly used for prototyping of concept models, or used to make simple assembly test, inspection and process planning.

The company primarily serves the UAE market but has also exported products to Bahrain, Pakistan, Jordan, and other neighbouring markets. Yet Julian believes its location is playing a key role in the company’s success as Dubai states its intentions to become a hub for 3D printing. Along with impressive initiatives like the 3D printed “office of the future” and the signing of an MoU between The Dubai Electricity and Water Authority and GE to collaborate on additive manufacturing, dental will steal some of the focus as the Dubai Health Authority carries out its plans for the Dental Services department to make greater use of the technology.

Speaking about the future for Sinterex and 3D printing in Dubai, Callanan commented: “We are excited by recent advances in digital dentistry and also in the medical sector. We want to add new product lines and use the strategic and logistical advantages of Dubai to grow into a regional business.”

Singapore-based company Structo first launched in 2014 as a dental 3D printing solutions provider. The company has launched two machines onto the market, the OrthoForm and most recently the DentaForm, based on its proprietary MSLA (Mask Stereolithography) technology promising greater speeds than other SLA-style printers. The process consists of numerous individual light sources under what Structo calls a “digital mask” that controls which area of the build platform is illuminated at any given time. When light is allowed to pass through to the resin it can form an entire layer in a single exposure.

Adopting an “application-based approach” to hardware, the DentaForm was developed for restorative dentistry o ering a 50 micron print accuracy and large 200 x 150 x 100 mm build volume, to deliver speed and throughput for prosthodontics (crowns and bridges). The OrthoForm delivers a 100 micron accuracy for orthodontic applications such as clear aligners. Focussing on speed, Structo says it can print up to 30 orthodontic models in just 92 minutes.

“The OrthoForm was designed from the ground up with a local customer here in Singapore,” Jonathan Lim, Marketing Manager at Structo explained. “After which, one of our very early customers, Glidewell Dental purchased several units and runs them 24/7 in their production line. We have a very healthy working relationship with Glidewell. Their engineering team have provideda lot of feedback over the past few years which led to lots of improvements that were incorporated during the design phase of our second printer, the DentaForm. In fact, Glidewell was our launch customer and beta user for DentaForm before it was made available to the mass market.” 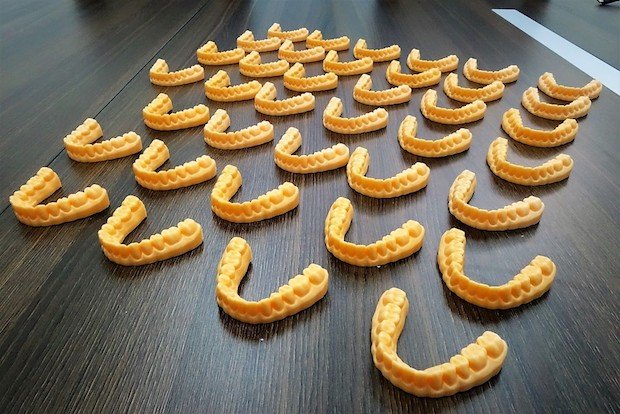 Glidewell, one of the world’s largest dental labs, has invested in five Structo machines so far, even choosing to replace other existing 3D printing hardware at its facility in Newport Beach, California. David Leeson, director of engineering at Glidewell, described the technology as “just the type of innovation the industry needs” thanks to its high throughput and relatively low upfront costs.

“Digital dentistry is a very big movement in the industry,” Jonathan commented. “Not only does it help dental professionals save valuable time on traditional processes – time they can instead spend on more clinical cases or interacting with patients – but it also helps deliver better patient outcomes.”

Structo positions itself somewhere in the middle of the 3D printing hardware spectrum, claiming to be faster than other desktop models but cheaper than some of the larger industrial machines. It believes cost and the “perceived” learning curve are two major factors hindering the widespread adoption of digital dentistry.

Commenting on the steps Structo is taking to lower these barriers, particularly for labs and practices just beginning to adopt digital processes, Jonathan added: “With the help of MSLA, we are trying to solve that problem by designing printers with high throughput that helps dental professionals see their ROI in a much shorter timeframe and hopefully contribute towards the widespread adoption of digital dentistry and eventually making dental appliances more accessible to a wider demographic.”

Over in Surrey, BC, Smile Restoration Dental Laboratory(SRDL) has been vigorously pursuing full zirconia (metal used to create durable dental structures such as crowns) work, creating its restorations in-house with the help of several dental milling machines. Yang Kim, owner and ceramic specialist, works at the lab with a team , maintained heavily by the demand from the zirconia market which sees the lab looking to expand for a second time to a larger facility.

“We’ve been aggressive in the full zirconia market. It’s one of the reasons we can maintain our staffing levels and grow our business,” said Kim. “We had been outsourcing our zirconia work, and when I ran the numbers, the cost-effectiveness of owning our own equipment was clear.”

The lab bought its first Manix milling system in 2014, which is still running today and allows the team to work with their preferred milling tools and materials. Their output increased dramatically; the lab now houses three Manix dental milling machines along with two Shining3D  dental scanner and other milling technologies.

“After we got our first Manix, our workload went up from 15 to 20 times a month, – and that’s just the zirconia work,” said Kim.

In addition to its zirconia work, SRDL mills all of its wax for golds, ceramics and porcelain fused to metal (PFM), as well as for castings and pressings which Yang believes gives the lab more control and a better fit. All three Manix mills are controlled by a single computer and put to work from morning until whenever the last job goes in, sometimes running overnight to keep up with demand. Since adding the Manix mills, SRDL’s production times have been reduced from two weeks to one, and rush jobs can be done in a single day if needed.

Keeping a close eye on the work being carried out by dentists in the local area, the lab has observed that only a small number of dentists have adopted intra-oral scanning systems into their practices. To encourage growth, SRDL promotes Shining3D desktop and Intraoral scanner out to local practices so that dentists can get started with the technology and in turn, generates more businesses on production of restorations for SRDL.

Looking to the future, the lab is looking at the possibility of accepting digital files, printing models, and creating removable restorations for its orthodontic department. Before it takes the plunge to install any new technology, Kim says demand will need to increase in order to make it a worthwhile investment but confirms, “that’s a trend we’re seeing”.

/%postname%/
#
Sort Gallery
on
yes
yes
off
off
on
off